This holy Mount Kailash, Manasarovar, Garuda Valley, Guge Kindgom and Lhasa Tour package is a spiritual, herigate, cultural  as well as adventure tour in Tibet. This package tour can be started either from Lhasa or from Kathmnadu, Nepal. We have designed this package starting from Kathmandu and ending in Lhasa. Starting from kathmandu we enter Tibet via nepal - china border (kodari border) the passing through a village called Nyalam, saga, parang, dongba and we reach to Holy Lake Manasarovar. Manasarovar is situated in the south-west corner of Tibet. Manasarovar lake is considered as the most beautiful and sacred lake in Asia. Nevertheless pilgrims came from the far corners of the continent, defying hardships to walk the 52 kilometers circuit around Holy Mount Kailash and to bath in or circumbulate the sacred lakes of Manasarovar. From Manasarovar our next destination is Holy Mount Kailash (most sacred mountain) for Hindus. Two and half days trekking around kailash (52 kilometers) we will next head towards Garuda Valley. The Garuda Valley contains mysterious caves some of which have never been explored. The valley is the source of an ancient kingdom of Shangshung, the ruined cave cities in the valley are remains of early Tibetan civilization. Following the Garuda Valley our next destination is visit a ruins of Guge Kingdom. Tsaparang, is the former capital of Guge Kingdom. Exploring the ruins of Tholing and Tsaparang monastery we drive back to Manasarovar. Further driving back to Saga we head toways a capital city of Tibet (Lhasa) passing through Xigatse and Gyantse.

Open all Close all

Namaste! And welcome to Kathmandu, the colourful capital of Nepal where ornately carved balconies mingle with beautiful shrines and temples. Your adventure begins with a welcome meeting on arrival at the exit gate of Kathmandu airport. Our staff will welcome you and pick you to your accommodated hotel. Please seek our company palmplate to find our staff at the main exit gate of the airport. Rest of the day you can relax at the hotel or short evening walk around local market on your own as per your wish.

In this day we will proceed for Tibet visa.

Day 04 Drive to Nyalam via Zhangmu

After completing custom and immigration formalities both at the Nepalese and Chinese sides, drive uphill to NYALAM via ZHANGMU. O/n at Guest House / Camping (153 km / 6-7 Hrs)

After morning exploration of MANASAROVAR, take a scenic drive to TIRTHAPURI (4,500 m) or MONTSER (4650 m) about 100 km northwest of MANASAROVAR. It's a beautiful 3 hour drive. As Tirthapuri has accommodation facilities, we make our base for the trip out to the ancient capital of the Zhangzhung Kingdom/Kyunglung (Garunda Valley), the next day. Besides, we could enjoy hot water from the natural geyser here for our special relaxation. Guest House / Camping in TIRTHAPURI

Garuda Valley The drive is about 35 km to Kyunglung (Garuda Valley) from TIRTHAPURI. It takes about an hour. This morning, we set off early to the spectacularly-set Gurugyam Gompa, a Bon-po gompa just southwest of Montser, set under broad canyons walls next to the Sutlej river. Built into the cliffs, an ancient cave complex with tunnels, balconies, prayer flags and ancient artifacts mark the spot that Guru Rimpoche and the Bonpo masters meditated over a millennium ago, now used by the resident Rimpoche Lama. This is one of the most important Bonpo monasteries in far west Tibet, the present gompa re-built after the Cultural Revolution, and a beautiful spot.

Next, we'll drive a few kilometers along the Sutlej river to the modern Kyunglung village, and then on to Kyunglung itself, the ancient capital of the Zhangzhung Kingdom, which ruled over most of Tibet and neighboring Ladakh from the pre-Christian era onwards, and a fabled troglodyte community. Set amidst spectacular red-sandstone canyons, these are the relatively untouched ruins of one of Tibet's earliest cities, little visited by tourist of any nationality. The name means 'Garuda Valley', and the dzong on top is called Ngulkhar, which translates as 'Silver Castle of the Kings'; there is much mythology associated with the region , and the population was said to be between two and three thousand. Old paths lead up to crumbling cave-home with wooden doors, tunnels, old stone walls and mani walls. It's a wonderful day of exploring!

To get there, we cross the Sutlej near a large complex of hot springs and limestone deposits, and hike for about 20 minutes up to the ancient city. After the exploration until late mid day, we drive back (2 hrs) to DARCHEN and prepare for our 5 day long kora around MT KAILASH next day – GUEST HOUSE / Camping.

Today we start our circumambulation trek to MT KAILASH heading west and climbing to the series of prayer flags at 4730m from where you should have great views of Mt. Kailash. Then, head north through Darboche, Sher-song. The rebuilt Chukku Gompa and Damding Donkhang (5890 m.) and camp.

Continue trek climbing through a moraine to a meadow at 5210 m. and and Guest House / Camping JAROK DONKHANG

Continue trek past rock cairns to emerge at Dolma La at 5630 m and cross the pass in the early part of the morning. From the pass, descend via Gauri Kunda (Lake) to the La Chukkir valley at 5150m. where you should look out for the footprints which, pilgrims believe belonged to the Buddha. Descend further along a long, gentle path to Zutul-Puk Gompa (4790 m.), where there is a cave in which the saint Milarepa is said to have meditated. Guest House at ZUTUL-PHUK / Camping

Continue trek along the Zhong Chu (river) to a bridge, cross it and climb a little before descending to 4610 m. from where you will have good views of Mansarovar Lake. A short trek through Mani walls will lead you back to Darchen – Guest House / Camping

Garuda Valley It's a 300 km drive through wild country from Lake Manasarovar to Parayang. We cross wide plains, shallow rivers and pass by a few local truck stops with makeshift tea houses. Passing the stunning Mayum-tso lake, we climb to the Mayum La, where we are rewarded by a magnificent mountain panorama. The scenery along this section is some of the most beautiful of the entire journey, and a distant storm drifting in back of Tibetans, horses and sheep is a surreal sight. The kids will be out at the camp site to welcome us to our sand dunes camp site at Parayang ... as will the village dogs! This is a wonderful spot to watch sunset and roll down the soft, dun-colored sand with the village kids.

Day 17 Drive to Zhangmu via Nyalam

Drive to the Friendship Bridge where transportation awaits for the final leg of journey back to KATHMANDU. Transfer to your hotel.

This is the final day in Nepal. A chance to do some shopping, explore at leisure or merely relax by the hotel. We enjoy a final night together, reliving the trek and our extraordinary achievements.

We say 'Namaste' for memories that will last a lifetime. There are no activities planned for today and you are able to depart the hotel at any time. Check out time from the hotel is at 12 noon. If you are departing later, you can arrange luggage storage at the hotel. For your final departure, our staff will pick you up from the hotel and transfer to Kathmandu airport approximately 3 hours prior to your international flight time.

International airfare with airport tax.
Lunch and Dinner throughout the trip.
Chinese Visa Fee.
Nepal entry and re-entry visa fee (please take multiple entry visa while coming to Nepal).
All beverages, Photography charges and Telephone calls.
Personal gear.
Travel Insurance of clients
Emergency evacuation expenses.
Riding Yak/Horse for Kailash Parikrama (direct payable to Yak/horse herder)
Extra cost in the event of landslide for hiring additional transportation
Expenses of personal urgent visa fee etc & Services other than specified
We don't charge extra for the parikrama. If you wish to take help of a yak or horse, the cost will be approx USD 200 for horse payable directly to the yak man. All pilgrims are advised to hire one. You have to understand that the yaks are not domesticated but are meant to carry luggage.

Clothing and Equipments List
» Pack to pack out - bring enough waterproof bags to carry all non-biodegradable rubbish back down the mountain.
» Remove all unnecessary packaging before leaving home.
» Bring enough warm dry clothes so that you can wrap up rather than burn firewood in the evenings.
» If you are going to trek higher than 5000m or you know it will be cold, buy an aluminum water bottle which can also be used as a hot water bottle at night.
» The easiest way to keep hydrated while trekking is to buy a 1 x liter platypus-drinking bladder to carry in your day pack.
» Make sure to buy proper trekking socks. Don’t buy synthetic socks as these promote sweating and can give you blisters. Always carry a few blister pads in your first aid kit and keep them handy in your day pack.
» Walking poles are very useful while trekking and helpful when descending.
» Please remember that waste disposal and recycling facilitates are limited in Nepal. When buying batteries make sure they are rechargeable and/or high quality so they last longer, and take them home to recycle.

More Lists
There is no definitive list. What you bring will vary according to the area, time of year and the length of your trek. Below is a suggested check list which you should adapt to your own needs. Ask yourself: Will there be snow/how long /high is the trek/are we camping?

This trekking equipment list has been prepared by Adventure Zambuling Treks (P) Ltd. 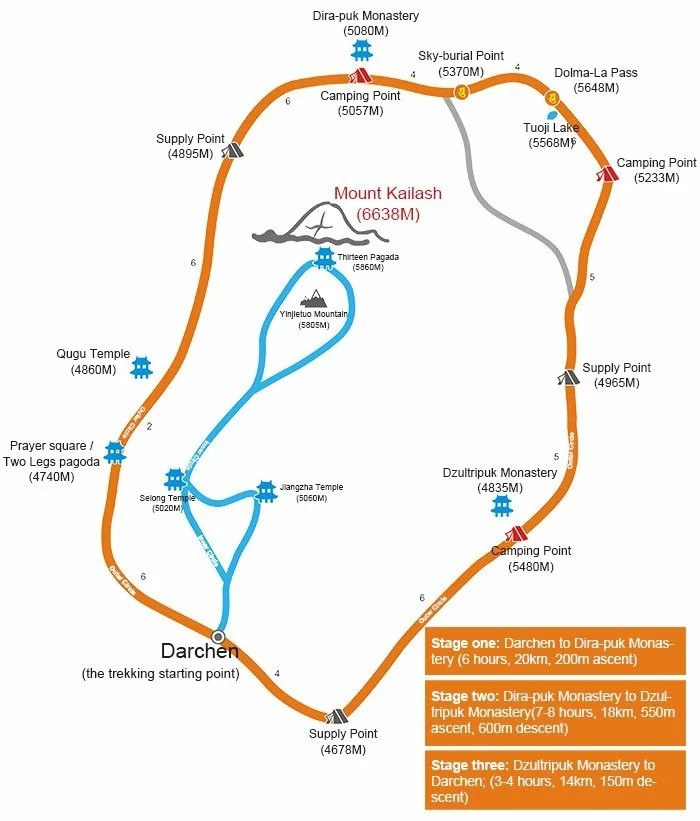